Violation of Probation in Florida – What You Need to Know 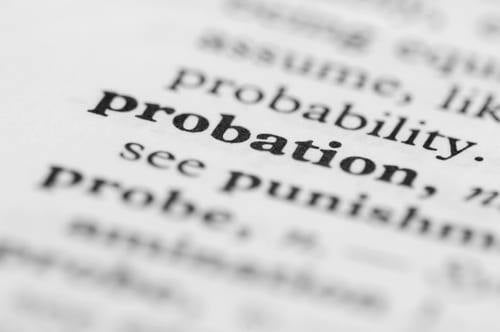 As criminal defense attorneys in Clearwater, Florida, we are often asked about violations of probation in Florida and what a person can expect if they are accused of violating the rules of their probation. There are many factors to consider when discussing probation violations in Florida. This article will address some of the most common questions that we receive.

Who Decides if I am Guilty of Violating Probation in Florida?

Under the laws of the State of Florida and the United States of America, when you are accused of a crime you have the right to a jury trial. That is not the case when are you are accused of violating your probation. Instead, whether you are guilty or not will be decided by the presiding judge after an evidentiary hearing on your violation of probation.

At the evidentiary hearing, the State of Florida has the burden of proving your guilt to the court. The burden of proof is also different in these cases. The burden is not ‘beyond a reasonable doubt' as it is in the initial criminal case, but rather ‘preponderance of the evidence'. This means that the prosecutor must only prove that you, more likely than not, violated the rules of your probation.

The prosecutor will call witnesses to testify to the facts that they believe prove that you violated your probation. Many times, the probation officer is the only witness that the state will present. Your attorney will then be given the opportunity to call witnesses on your behalf, which can include you yourself if you chose to testify. Both sides are also permitted to enter physical evidence and documents. At the end of the evidence portion of the hearing, the prosecutor will ask the judge to find you guilty of violating probation. Your defense attorney will ask the judge to find that you did not ‘willfully and substantially' violate the terms of your probation and will seek a dismissal. Because the standard of proof is so much lower for a violation of probation hearing, it is imperative that you hire an experienced criminal defense attorney to represent you.

What Happens When You Violate Probation for the First Time in Florida?

If you are a defendant in a criminal case and you are sentenced to a period of probation, the court will impose certain conditions that must be completed and rules that must be followed. The probation officer will review the rules of probation with you and they will have you sign a document showing you understand the conditions and agree to abide by the rules. Probation is a privilege, not a right, so these rules must be taken seriously.

Your probation officer will file a violation of probation if you do something that you are not supposed to do, or you fail to do something that you were supposed to do while on probation. Some violations are considered “technical violations”. This means that the alleged action or inaction is not by itself a crime or criminal behavior. Some examples of technical violations are not paying restitution; failing to complete a class such as anger management; testing positive on a random drug test or missing curfew.

Even if it is the first time you have violated probation, you need to remember that a violation of probation is a resentencing and the court can impose any legal sentence, up to and including the statutory maximum. This means that the judge has the authority to reinstate and continue your probation, modify the conditions of your probation, or revoke your probation. Sentencing can include jail or prison time up to the maximum allowed by law for the charge you were originally placed on probation for. That means if you are on probation for third-degree felony possession of cocaine, you face up to five (5) years in prison for violating the rules of your probation.

How Long Do You Go to Jail for a Violation of Probation in Florida?

This is another common question that we receive from clients and their families. As discussed in the previous section, any violation of probation can subject you to a lawful jail or prison sentence. If we have a client who is charged with violating their probation, we will review the factors that the court may consider in preparation for sentencing.

The length of the jail sentence will depend on many factors, but a major consideration is whether the court is dealing with a technical or substantive violation and the egregiousness of that violation. Again, you need to remember that a violation of probation is a resentencing and the judge could lawfully sentence you to the statutory maximum jail or prison time.

Can You Get a Bond for Violation of Probation in Florida?

The short answer is maybe. If you are on probation for a misdemeanor charge, there is a good chance that you will be issued a Notice to Appear instead of being physically arrested for a violation of probation. A Notice to Appear is a written order issued by your probation officer that will direct you to appear in court on a specific date and time to answer the charge of violating your probation.

In Florida, if you are accused of violating your probation, you are not entitled to a bond and it is very possible that you will be held in jail without a bond until your hearing. This is especially true for a felony violation of probation. As with most aspects of violation of probation cases, the judge will consider many factors when deciding whether or not you should be granted bond.

All violation of probation cases should be taken seriously, regardless of the reason for the violation, or the rules that were broken. Whether you are facing a technical violation or a substantive violation, you should contact an experienced criminal defense attorney to represent you. As discussed in this article, there are many factors that come into play when the judge determines whether you will get a bond, or if you will be held in jail, whether or not you are found guilty of being in violation of the rules, and what sentence you will receive if found guilty.

At Powers Sellers & Finkelstein, our attorneys have over 25 years of combined experience defending citizens accused of violating probation. We know what it takes to get the best result in your case. Call us today for a free consultation.