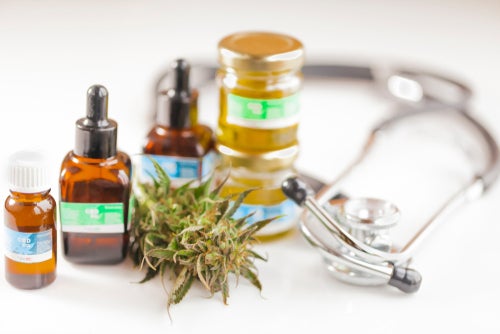 You may be saying to yourself, “Finally, Marijuana is legal in Florida!” However, do not get ahead of yourself. Medical marijuana is legal in Florida but there are many restrictions. Marijuana is only legal in the following forms: Oil, edible, topical, or vapor. As the law stands, you may not smoke medical marijuana (read ahead for more on this). The law is complicated and new. As a Florida Criminal Defense Lawyer in Florida, I will take the time to highlight some of the details regarding the Possession of Marijuana in the sunshine state, including the Tampa Bay Area.

Is Marijuana Legal in Florida?

The law is complicated and still evolving in Florida. In 2014 the Florida legislature passed a law that was intended to offer medical-grade marijuana, which is lower in THC and higher in cannabidiol. The purpose was to target distribution for medical purposes only. Epilepsy and other similar disorders were being treated with medical marijuana. In 2016, the program was relaxed a bit and terminally ill patients were allowed to acquire medical marijuana, even that which contained higher levels of THC. With the passing of Amendment 2 in Florida, medical marijuana, full strength, became legal and more conditions are allowed to be treated.

In Florida, Can I Smoke Medical Marijuana?

No, but maybe? The current law says no, but courts have recently disagreed. In 2017, the Florida Legislature decided on a list of ways medically prescribed marijuana could be ingested. The list is as follows:

Although there are many debates regarding vaping over smoking, the bottom line is vaping is legal currently and you should defer to your qualified doctor for recommendations on the form that is best for you and your condition.

What is NOT on the list? Smoking marijuana! However, a judge in Orlando recently ruled that prohibiting a patient from smoking medical marijuana in private places is unconstitutional. What does this mean for the individual who wants to smoke their medical marijuana? It is still “against the law” but there is now a precedent that may lead to change in the law.

What is the difference between THC and CBD?

THC is the part of the plant that is known to produce the high associated with recreational marijuana use. CBD lacks this psychoactive effect that THC is known to produce. You need a valid prescription for both CBD and THC to legally possess it in the state of Florida.

Are “Edibles” Legal in Florida?

Edibles are just that, food containing marijuana or food infused with marijuana. Eating marijuana is becoming a popular way to consume the drug. Grouped under edibles are liquid edibles or drinkables. Drinkables are liquids infused with cannabis. Most edibles and drinkables contain a significant amount of THC (tetrahydrocannabinol). As stated above, edibles have been added to the list of legal ways to ingest medical marijuana.

Currently, companies are trying to form partnerships in Florida to bring edibles, and the Florida Department of Health, Office of Medical Marijuana Use is considering it. There are no guarantees that medical marijuana products such as chocolate bars made by Bhang will be offered in Florida any time soon, but it is possible. In fact, Trulieve, a medical marijuana provider, just partnered with Bhang and hopes to have edibles in dispensaries near you soon.

How Do I Get a Legal Marijuana Prescription in Florida?

To get a prescription for marijuana in Florida, you must be added to the Medical Marijuana Use Registry by a qualified physician. If you have a diagnosis that justifies a prescription, you will be issued a Medical Marijuana ID card. It is important to keep this card on you at all times. If you are found in possession of marijuana and do not have your prescription and/or ID card, you can be arrested and will need to hire an experienced Criminal Defense Attorney to navigate the complicated legal system.

How Much is a Medical Marijuana Card?

Prices may vary, but typically you are going to pay anywhere from $100 to $400 for your medical marijuana card depending on whether you are a new patient or an existing patient that needs re-certification. The price of the marijuana will vary depending on the type, method of ingestion, and delivery.

Is Marijuana Legal under Federal Law?

In Florida, Can I Grow my Own Marijuana?

A Florida judge issued an order allowing one man in Florida to “possess, grow and use marijuana” for juicing purposes only. However, the case is still in litigation and the Department of Health is appealing the ruling. This ruling does not suggest that anyone may grow their own marijuana. In fact, it is illegal. However, the fact that courts are open to hearing individual arguments and considering the possibility on a case by case basis may be a telling sign for the future of marijuana growth, use, and production in the future.

No one knows but the fact that the medical marijuana laws are in place and evolving suggests a trend in that direction.

In Florida, Is Possession of Marijuana Oil Without a Valid Prescription a Felony or a Misdemeanor?

If you have a valid prescription and have been arrested, you may have a defense. However, due to the complicated laws that govern the medical marijuana platform, it is always best to have an attorney who is familiar with the laws and practices in your jurisdiction. Our trial attorneys at Powers Sellers & Finkelstein, PLC practice throughout the state of Florida with a concentration in the Tampa Bay Area. To speak with an experienced drug crime attorney today, contact us for a free case evaluation.