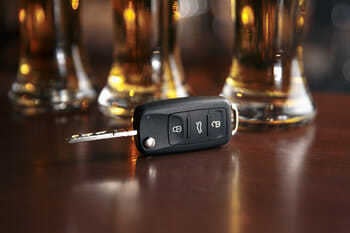 Imagine you are at dinner with a group of friends. You have a couple of glasses of wine and feel as though you are capable of driving…an accident occurs where the other driver is at fault. The other driver dies…you just went from DUI to DUI manslaughter and the investigation begins. What is your defense?
Keep Calm and Call Us Now! It's extremely crucial to consult an experienced DUI manslaughter attorney in Pinellas or Hillsborough County who has represented individuals with a DUI manslaughter charge. The strict laws governing these types of charges can be complicated to navigate. An experienced attorney should begin your defense immediately. Call (727) 531-2926 to speak with a criminal defense attorney now!

Even the most innocent of choices can lead to devastating consequences. In the state of Florida, DUI Manslaughter is a second-degree felony punishable up to 15 years in prison. If you leave the scene the scene of a crash and should have known the crash occurred and failed to give your information or render aid, you have committed a first-degree felony which is punishable for up to 30 years in prison.

Many people don't realize that DUI Manslaughter is a level eight offense in the state of Florida. A level eight means that the Florida Criminal Punishment Code Score sheet starts at 74 points with an additional 120 points because someone has died during the crash. With no prior record, you will be scoring 194 points which are equal to 124.5 months in prison. With this comes a four-year minimum mandatory prison sentence. If a judge decides you are eligible for a departure and chooses to depart in your case from the 124.5 months, the lowest permissible sentence is four years. The thought of serving four years in prison for someone with no record may be terrifying. This is why it is so important to consult an aggressive criminal DUI manslaughter early in your case. Below are some possible defenses.

Remember, you need a skilled attorney on your side with experience handling a DUI manslaughter charge. Call us for a free private consultation at (727) 531-2926 anytime, 24-7!

Even the most innocent of choices can lead to devastating consequences.

Imagine you are at dinner with a group of friends. You have a couple of glasses of wine and feel as though you are capable of driving. However, the only thing you have eaten all day is a salad. You are of small stature and you typically do not drink alcohol. Consider the alternative. You did not have anything to drink, but you took a pain killer that your doctor prescribed. You feel fine, although the medicine makes you a bit drowsy.

You leave the restaurant and begin to drive home. You are obeying all of the rules of the road when you drive through a green light and someone pulls out in front of you. An accident occurs where the other driver is at fault. The other driver dies. You think, “The other driver was at fault, I did nothing wrong.”

Think again. Any time a death occurs on the road, an investigation begins. Law enforcement officers are obligated to make sure their reports are thorough. When a death occurs, you may be forced to submit to a blood draw to determine whether you were under the influence of some intoxicating substance that affected your ability to operate a motor vehicle. This can result in a DUI manslaughter charge.

Vehicular manslaughter cases can be challenging to defend. The potential penalties can be severe. Some states impose a minimum mandatory sentence of five years in state prison upon conviction. The sentiment of the general public is against defendants in this situation and in favor of stricter DUI laws.

Ways to establish a defensive legal strategy in a DUI manslaughter case include:

The amount of trial time for a DUI manslaughter case is dependent upon the number of witnesses and expert witnesses, the evidence, the type of defense used, whether or not a plea agreement is reached, and the strength of the case, and many other factors. Get an experienced DUI manslaughter attorney as soon as possible!

If convicted of DUI manslaughter in Florida, you can be punished with:

If you have any questions or concerns regarding what you need to know about criminal offenses or you need a Pinellas County Criminal Attorney to handle your DUI or DUI Manslaughter case, contact the experienced Clearwater Florida DUI Lawyers at Power Sellers & Finkelstein by calling 727-531-2926 today for your free consultation.