Does Anyone Ever Actually Pass The Field Sobriety Tests? 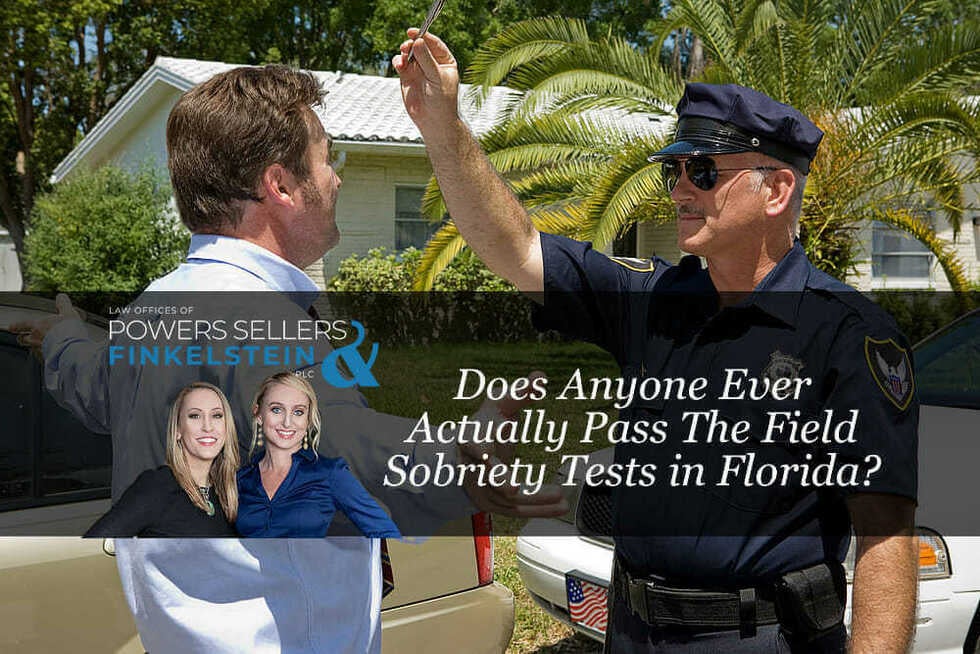 Part of the problem with relying on FSTs when assessing intoxication is that they are subjective in nature. First, an officer may use any combination of FSTs he or she wishes. There are several “standardized” FSTs, meaning they have been approved by the National Highway Transportation Safety Administration; however, the law does not require an officer to use those specific tests. The standardized tests include:

Sometimes, additional tests are used such as asking a motorist to recite the alphabet (forward or backward), requiring a driver to touch his/her nose with eyes closed, or asking a suspect to walk a straight line. Unlike the standardized FSTs, there are no universal guidelines for determining if a suspect has passed any of the non-standardized FSTs.

Even when the standardized FSTs are used a motorist may not fare all that much better in terms of passing the tests. With a standardized test though, there are accepted guidelines that are supposed to be used to determine if the subject passed the test. For the Walk and Turn, for instance, the officer is supposed to look for eight indicators of impairment: if the suspect cannot keep balance while listening to the instructions, begins before the instructions are finished, stops while walking to regain balance, does not touch heel-to-toe, steps off the line, uses arms to balance, makes an improper turn, or takes an incorrect number of steps. While these guidelines tell an officer what to look for, the officer ultimately makes a subjective decision whether or not those indicators are there. Moreover, everything from the weather or the condition of the roadway to a motorist's physical impairment or medical condition can impact how well the subject performs the field sobriety tests.

So, does anyone ever pass the tests? Occasionally, but most of the time the tests are performed more as a basis for the probable cause an officer needs to arrest a suspect than to actually determine if the driver is under the influence. You also have the absolute right to refuse to perform field sobriety tests and doing so will not trigger a penalty as does refusing a chemical test. Whether or not you should agree to perform the tests is something you should discuss with your Florida criminal defense attorney.

The Law Firm of Powers Sellers & Finkelstein, PLC has over 20 years of combined experience with DUI defense, including DUI's related to both alcohol and drugs. We will begin investigating your case immediately. We understand that bad things happen to good people and this is why we make your defense our priority. Call for a free consultation today and let our expert criminal defense team put our knowledge of the criminal justice system to work for you. All Criminal Charges are serious and you need a skilled DUI Defense Attorney on your side. Call us for a free DUI defense consultation at 727-531-2926 anytime, 24-7!