Can My Attorney Get My Warrant Withdrawn In Florida? 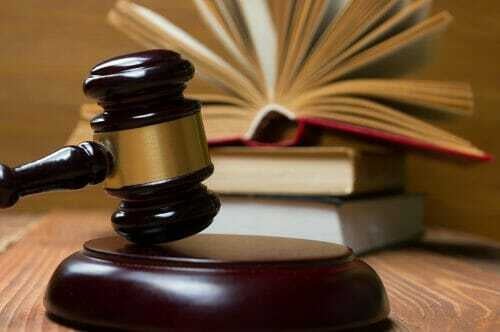 Finding out that you have an active warrant out for your arrest is certainly a reason for concern. The absolute worst thing you can do once you are aware of the warrant is to do nothing. If you are currently represented by an attorney or are planning to hire one, you may be wondering “ Can my attorney get my warrant withdrawn in Florida? ” As is often the case with warrant questions such as this, there is no universal answer that applies to every scenario; however, you are undoubtedly better off working with your attorney to resolve the situation than trying to handle it yourself.
A warrant for your arrest may be issued for a number of reasons, the most common of which include:

• Charges filed – while some arrests are made on the spot when the police are called to the scene of an alleged crime, others are only made after an arrest warrant is issued following a lengthy investigation by law enforcement.
• Failure to appear – if you fail to appear for court for any reason, and do not receive permission from the court ahead of time, the court will likely issue a warrant for your arrest.
• Probation violation – if you are on probation and violate the terms of that probation your probation officer may file a notice of probation violation with the court whereupon the court may issue a warrant for your arrest.
• Violation of release condition – if you were arrested and then released, either because you paid a bond or because you were released on your own recognizance (OR'd), you could be re-arrested if the court is notified that you violated any of the terms of your pre-trial release.

Once an arrest warrant has been issued, only a judge (or magistrate) can rescind the warrant. Moreover, you cannot simply call the court office and expect to be able to explain the situation to the person who answers the phone and get the warrant withdrawn. As a general rule, getting a warrant rescinded requires an appearance in front of a judge. Sometimes, your attorney can file a motion with the court asking the court to withdraw the warrant; however, in most cases, the judge requires the defendant to appear in person. Working with your attorney though has a number of advantages, such as:

• Arranging to surrender yourself at a time that is convenient for you.
• Your attorney may be able to reach an agreement with the prosecuting attorney regarding the conditions of your release after the warrant is withdrawn.
• Your attorney knows that evidence the court will want to see/hear to give you the best chance of being released after your surrender.
• If the warrant is for new charges or a violation you can begin working on your defense immediately.
• Judges tend to believe that a defendant is invested in his/her defense if an attorney has been retained and, therefore, is less likely to flee the jurisdiction if released.

If you an active warrant for your arrest in the State of Florida it is in your best interest to contact the experienced criminal defense attorneys at Powers, Sellers, & Finkelstein PLC by calling 727-531-2926 today to discuss your legal options.