Boating Under The Influence In Florida 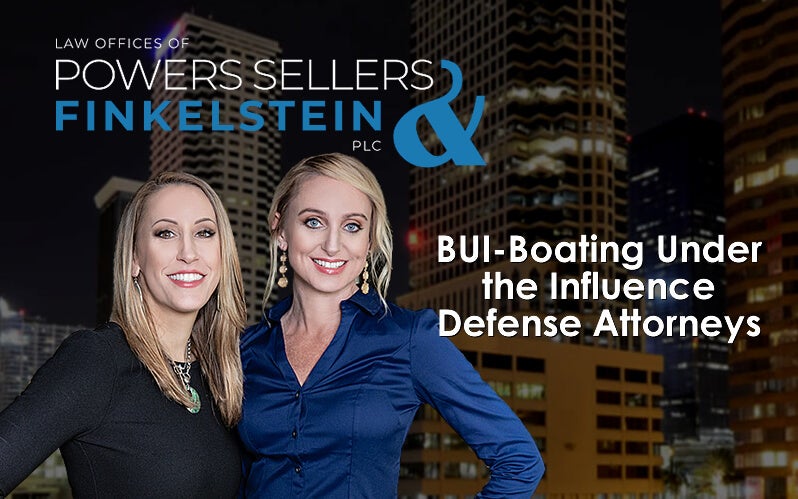 Were you Arrested for Boating Under The Influence In Florida?

An arrest for boating under the influence or drunk boating (BUI) in Florida can lead to a criminal record, probation, possible incarceration, fines, court costs, community service, alcohol courses, and your boat being impounded. If you have been charged with boating under the influence, call the law offices of Powers Sellers and Finkelstein PLC at 727-531-2926 and schedule your free consultation.

Boating Under The Influence In Pinellas County or Hillsborough, Florida

With almost 1,200 miles of coastline, hundreds of lakes, and a massive river system, it should be no surprise that boating is a popular pastime in the state of Florida. Along with the people who call Florida home year-round, Florida is also a popular tourist destination – particularly in the winter months when northern “snowbirds” flee the cold in search of warm weather, sandy beaches, and water sports. Whether you live in Florida or are just visiting, you need to be aware of felony DUI in Florida – particularly the boating under the influence laws.

At what breath alcohol level would a boater be considered under the influence in Florida?

Section 327.35 of the Florida Statutes governs boating under the influence. According to the statute, a person can be found guilty of BUI if he or she is operating a vessel and:

Florida also has a “zero tolerance” law for BUI that addresses under-age boaters. Anyone under the age of 21 who is found to be operating a boat with a BAC of 0.02 or higher can be found guilty of BUI. Furthermore, if you are stopped while boating by a law enforcement officer and the officer suspects you of BUI you are required to submit to a breathalyzer, just as given at a dry land DUI stop.

Refusal to submit to a breathalyzer can result in additional fines and penalties.

What are the penalties for boating under the influence?

If you plan to take to the water in Florida in a boat or other type of water vessel it is imperative that you remember that BUI is taken seriously in the state. Just as you would designate a driver if you planned to drink while out for the day on dry land, you may wish to do the same if you plan on having a few beers or cocktails while out on your boat in Florida.

If you have been charged with boating under the influence, call the law offices of Powers Sellers and Finkelstein PLC at 727-531-2926 and schedule your free consultation.